Decide whether to split the route into two days or not. If you want to stay overnight, book a hotel in Kolasin or Zabljak.

Take warm clothes - Durmitor National Park will be quite cool.

Decide whether to split the route into two days or not. If you want to stay overnight, book a hotel in Kolasin or Zabljak.

Take warm clothes - Durmitor National Park will be quite cool.

Do not park close to other cars, a neighbor can scratch your car and drive away, and you can talk to the distributors.
Do not scamper on serpentines, drive carefully and do not accelerate. 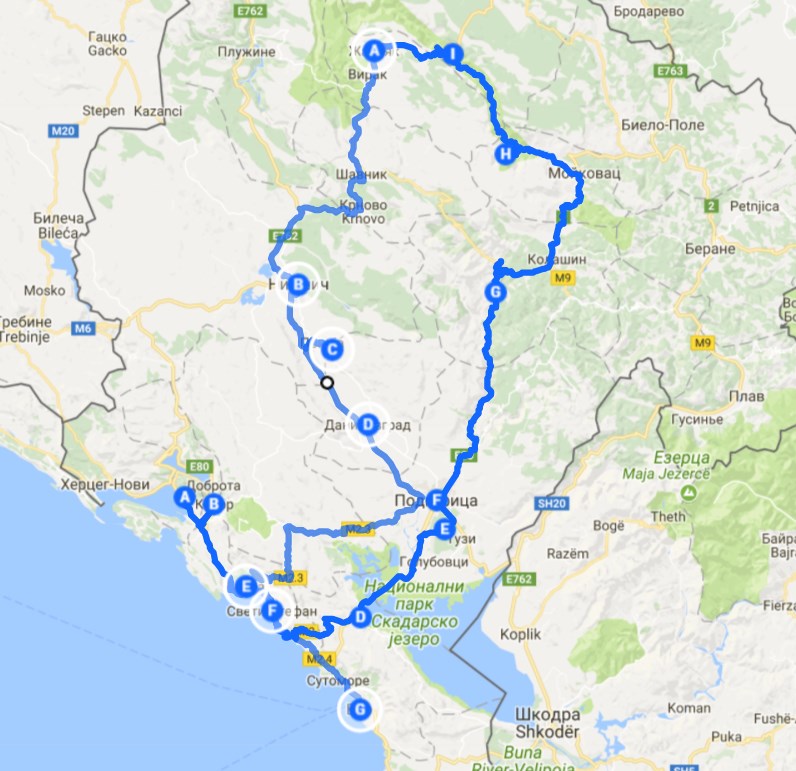 I have a long-standing desire to drive a car around the Balkans, but somehow it doesn’t add up all the time, because I want to do it slowly, and often I can’t set aside a trip for even a couple of weeks, more often I get small trips to the country with overview acquaintance. So this time, having successfully grabbed the tickets to Tivat, I decided to take a little ride around Montenegro, at the same time feel the taste of the Balkans, which will lead to a more active implementation of my trip through them. I will start my story with a short story about what you need to know when traveling around Montenegro by car, and also what difficulties I had associated with this.

I decided to start my trip right from the airport and all this eventually resulted in this route:

Before heading to Montenegro, I chose for a long time where to rent a car, looked at various large companies, but in the end I came across Russian-speaking guys who are engaged in car rental in Montenegro. As a result, it was a very good choice, the conditions were gorgeous, the receipt and transfer of the machine was quick and in general I would recommend them to everyone. But so that no one would suspect me of corruption, I will not put a link, even though they are worthy of it. 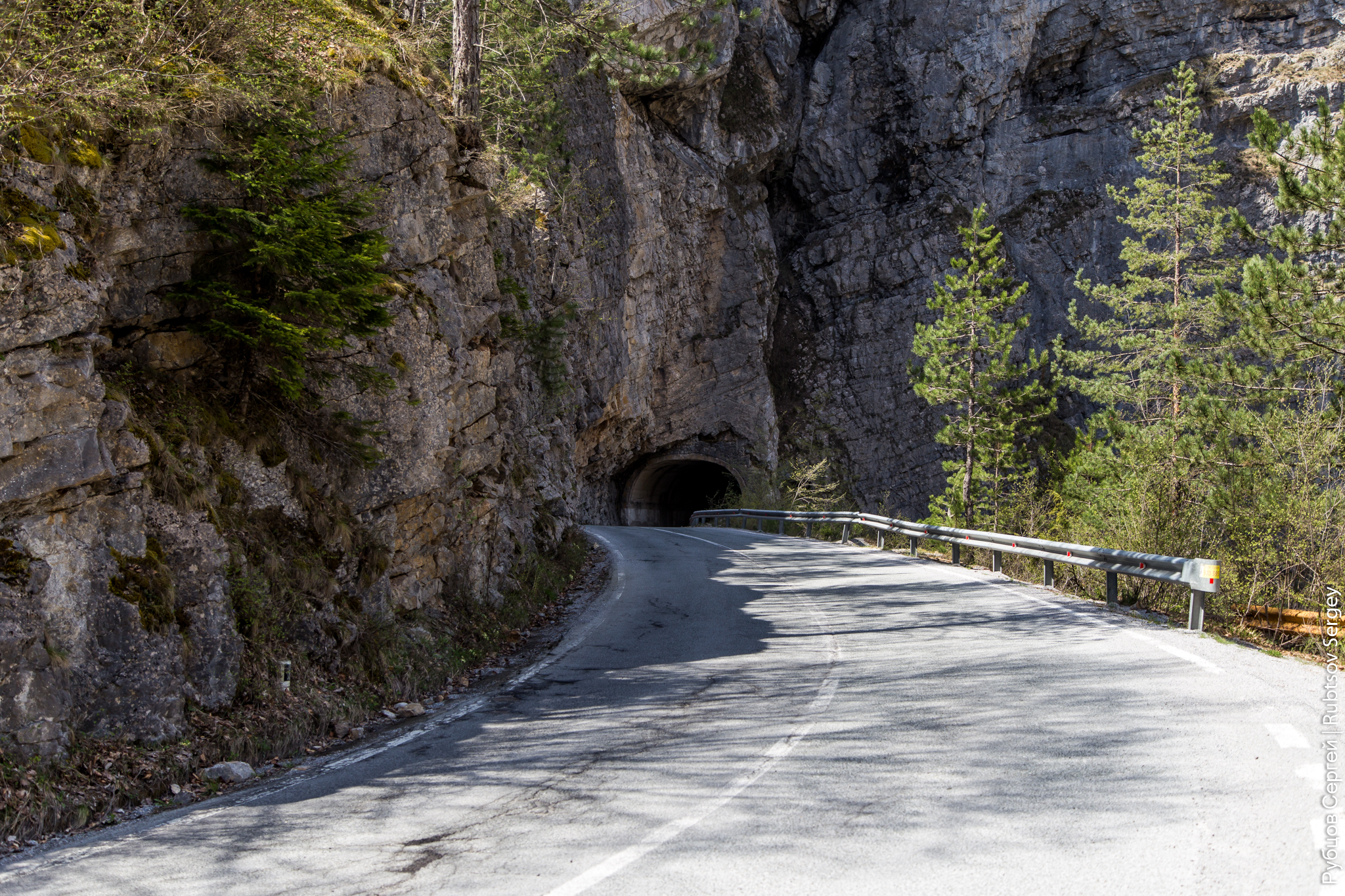 I chose such a baby with a one-liter engine and a manual gearbox and only 100 km on the odometer. In principle, I had no particular problems for the entire time of my road trip, although I should have taken into account a couple of points in advance. Firstly, for a couple of years I only rode in mechanics, and for the first couple of hours I very hard remembered that there was still a clutch pedal and you had to shift gears yourself. In the beginning it was uncomfortable, but then the skills returned and already the first day after returning to Russia I tried to manually switch the machine, and with my foot I was looking for the third pedal. Secondly, 1 liter of gasoline engine, although it eats little, is still not enough for quick maneuvering along the serpentine, it was especially hard for the car to take long climbs when I was driving to the highest mountain settlement in the Balkans - the city of Zabljak. Thirdly, the car was compact, which was convenient when traveling around the city and searching for parking spots, but on the last day there was a bad weather with a strong wind, which noticeably affected my movement along the serpentine along the coast, especially when I was driving out of the mountain or getting to another open area, I even started to get a little nervous because of this, but everything went fine. But its small size allowed to significantly save on fuel.

Briefly, what you should know about the rules of the road. In the city you can drive at a speed of 50 km / h, outside the city - 80, the excess of 9 km is not fined. In fact, it is important to pay attention to the signs, as there are many small villages, so it was not possible to drive particularly long sections of the road at high speed. Again, Montenegro is a hilly country, and only locals play on the serpentines, and the restrictions there are also often less than the maximum allowed speeds. 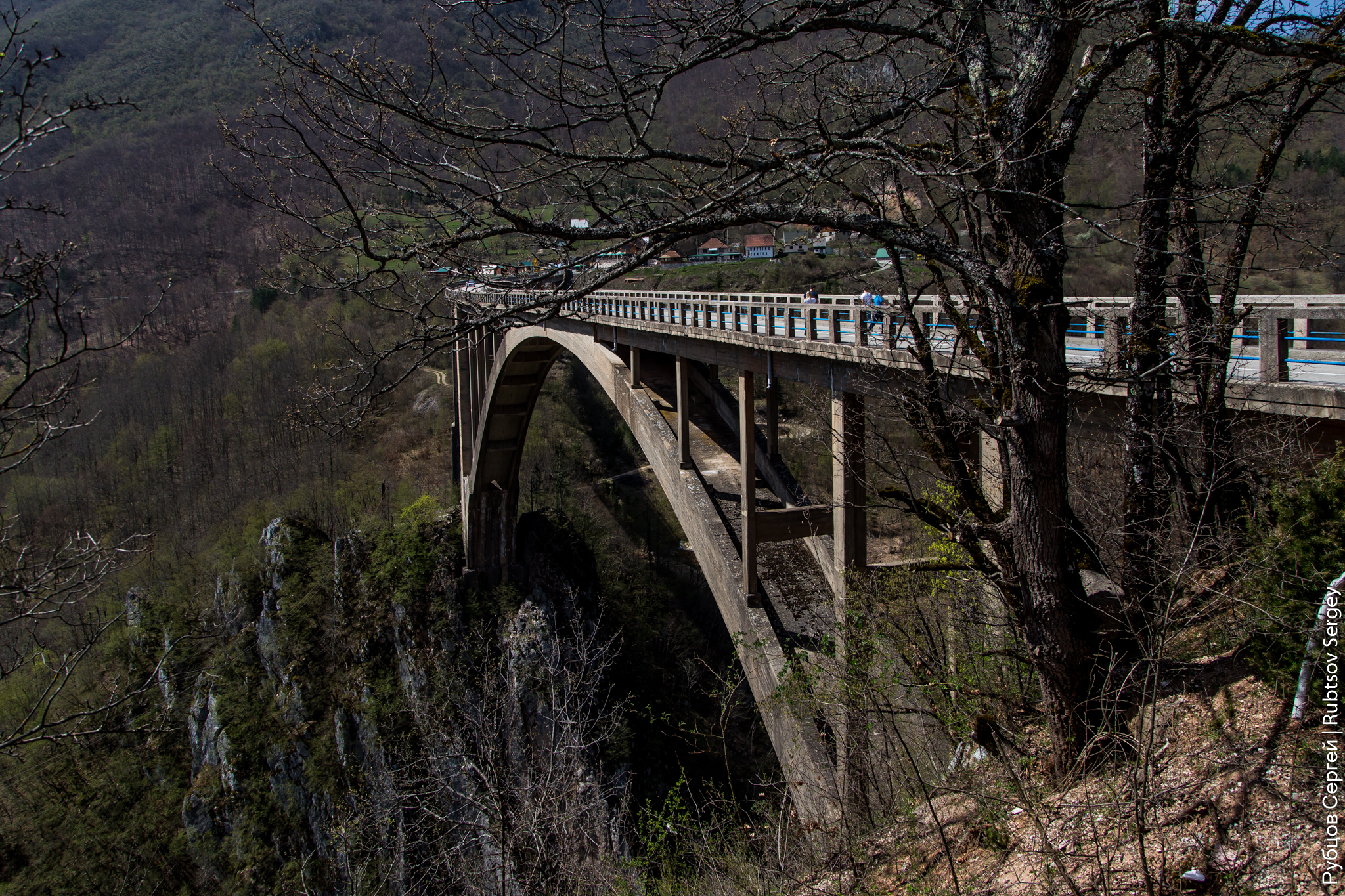 For all the time, I haven’t come across any speed cameras, usually they were typical police officers with “hair dryers” in their hands. I tried to ride everywhere so that there was nothing to fine me for, but once they stopped me anyway, but this was due to the fact that I somehow unsuccessfully looped on the road right in front of the employees, which aroused their suspicion. They say that in the country 0.3 ppm of alcohol is allowed, which allows you to make a couple of sips of beer at lunch, but I did not abuse it. In general, they stopped me, saying something in local, of course, I didn’t understand anything, but I extended a set of documents to the car + international rights. It is interesting that in Montenegro you can safely ride with our Russian rights, but I made myself international, because the plans for the year include not only trips to Montenegro. However, the inspector did not like international rights, and he demanded others from me, as a result, showing him domestic, I was released with the instruction next time not to give anything other than Russian rights. And I even thought that they should not be taken with me.

Another interesting feature of the rules in Montenegro is the ban on the use of fog lights, that is, when driving, the driving lights or dipped beam should be turned on, and fog lights can only be used for their intended purpose. When arriving at numerous tunnels, the people amicably turn on the light, which then also turns off amicably.

The rest of the rules are similar to ours, you need to be fastened and you can not talk on the phone. Of the driving features, it can be noted that for some reason they really do not like turning on turn signals, except at traffic lights in the city.

There are big problems with free parking, so sometimes I had to park a few blocks from where I needed to. There are paid parking lots, but it’s one thing when a barrier stands there and a living person takes 0.8 euros for each hour of parking, and another thing when you get to a paid parking in Podgorica, where you need to pay using SMS, which can be sent only from the local numbers. In the end, I managed to park everywhere for free.

One of the problems turned out to be the planning of automobile routes in Montenegro, sitting at a laptop in Tula it is very simple to build a route, figure out how many kilometers per day you will travel, how many places you will visit and so on. In fact, the navigator shows the time of movement, completely not taking into account that the entire road passes from the serpentine, and there will be fog and rain. As a result, even despite the excellent roads, the distance that you planned to cover in 1 hour, you travel 2.5 hours, in a cafe you wait for lunch half an hour longer, and then you sit and think sadly what the next point from the original route is delete. For this reason, I did not get into several places that I originally planned.

This, probably, is all that relates to the use of a car in Montenegro, further on there will be a standard set of travel posts, in which I will also try to tell you where I spent my time and money in vain, which I could not have looked at, we will visit the abandoned residence of a noble of the Bisanti clan, where without this, and, of course, where in the Montenegro the next sha